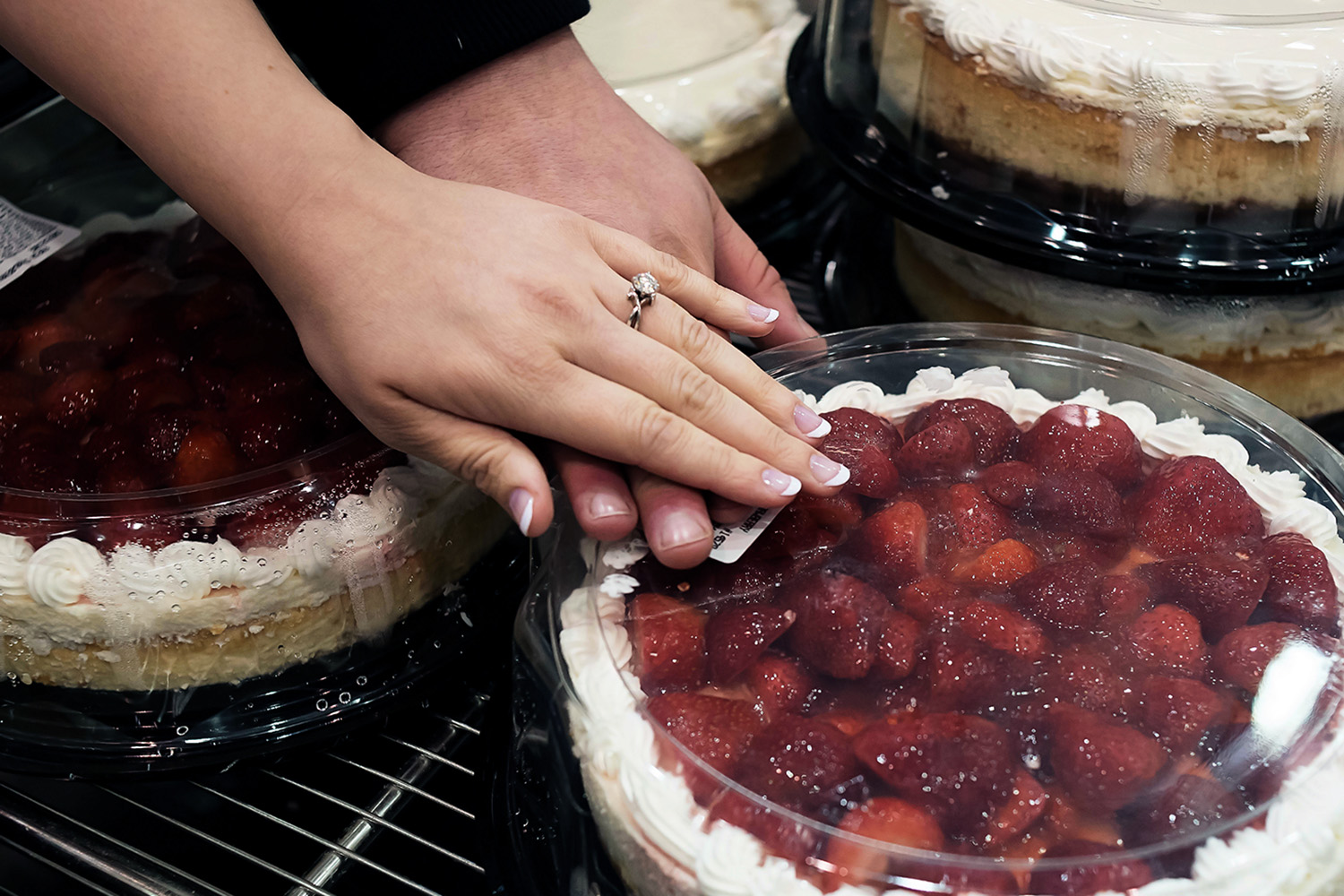 My Costco engagement photos went viral! When Karinne and Dan talked with me about engagement photos they were unsure about whether they wanted to do them. They felt awkward but I talked them into it. They decided that they didn’t want to do anything standard and Karinne  thought it would be funny to have pictures of them doing really mundane things,and then decided it would be better to romanticize those mundane things. The idea of Costco was born! 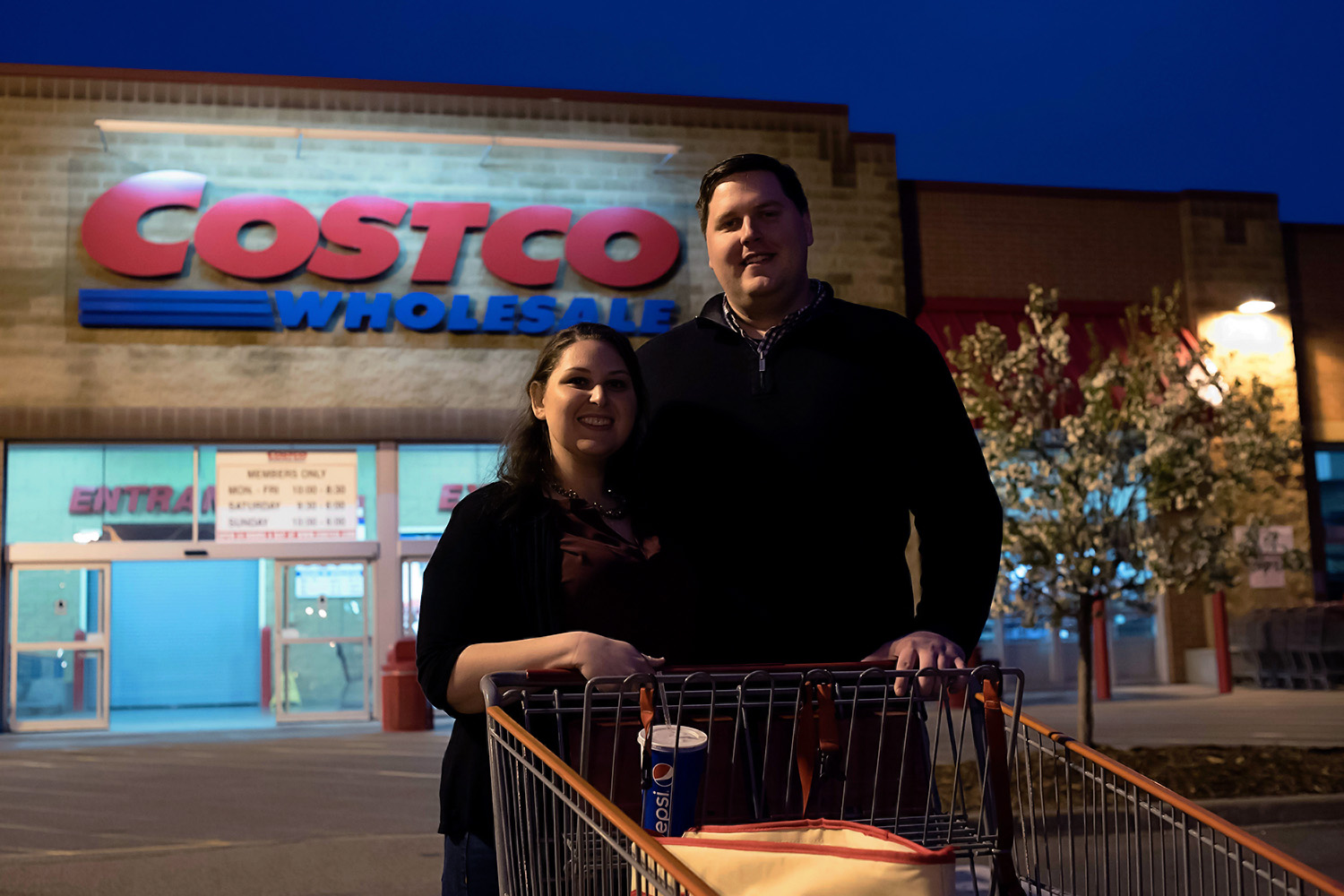 We went to Costco about a half hour before close so it wasn’t crowded.  Karinne’s dad stopped in so he could photo bomb us. We laughed the whole time we were taking the photos and quickly went through silly Karinne’s ideas. 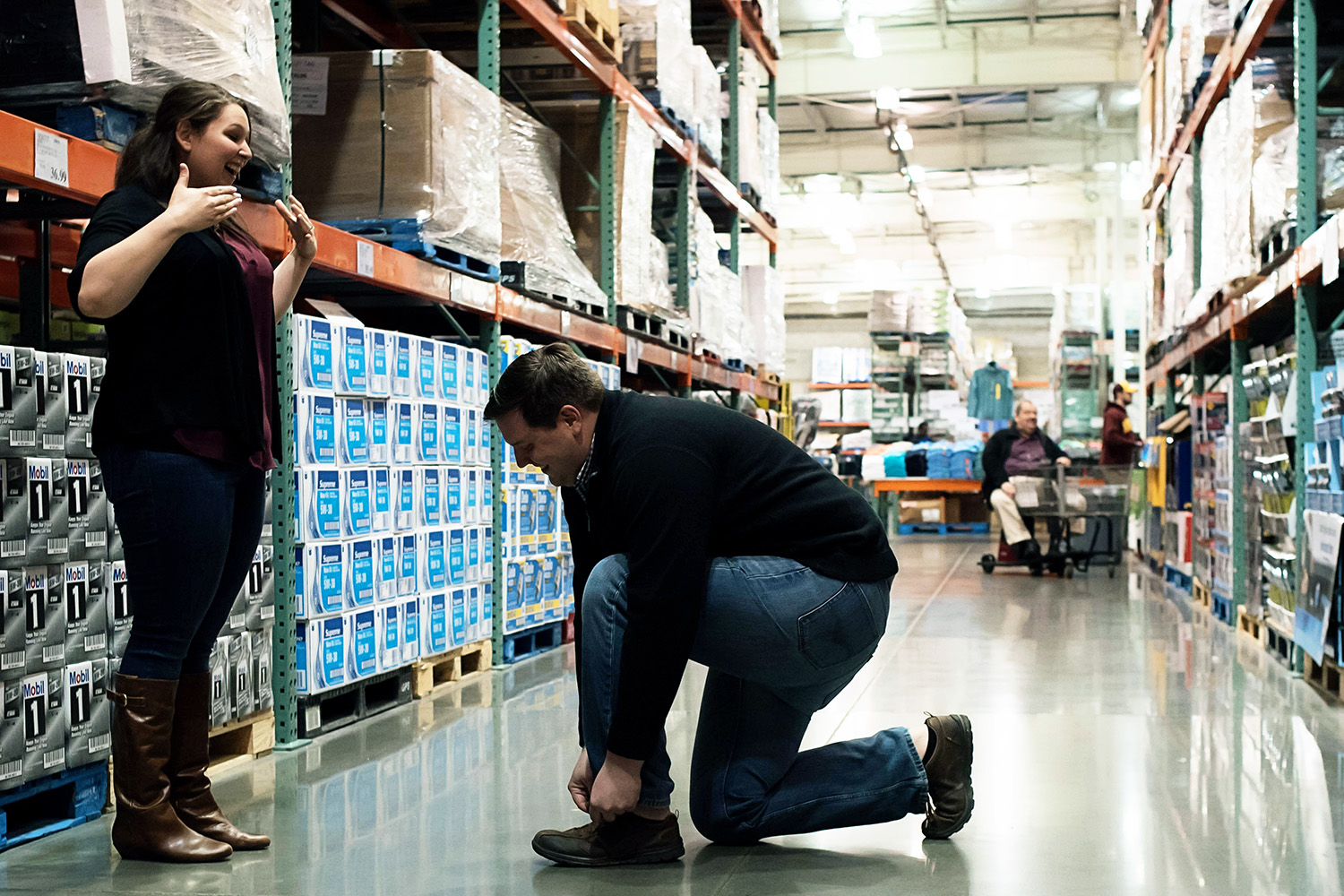 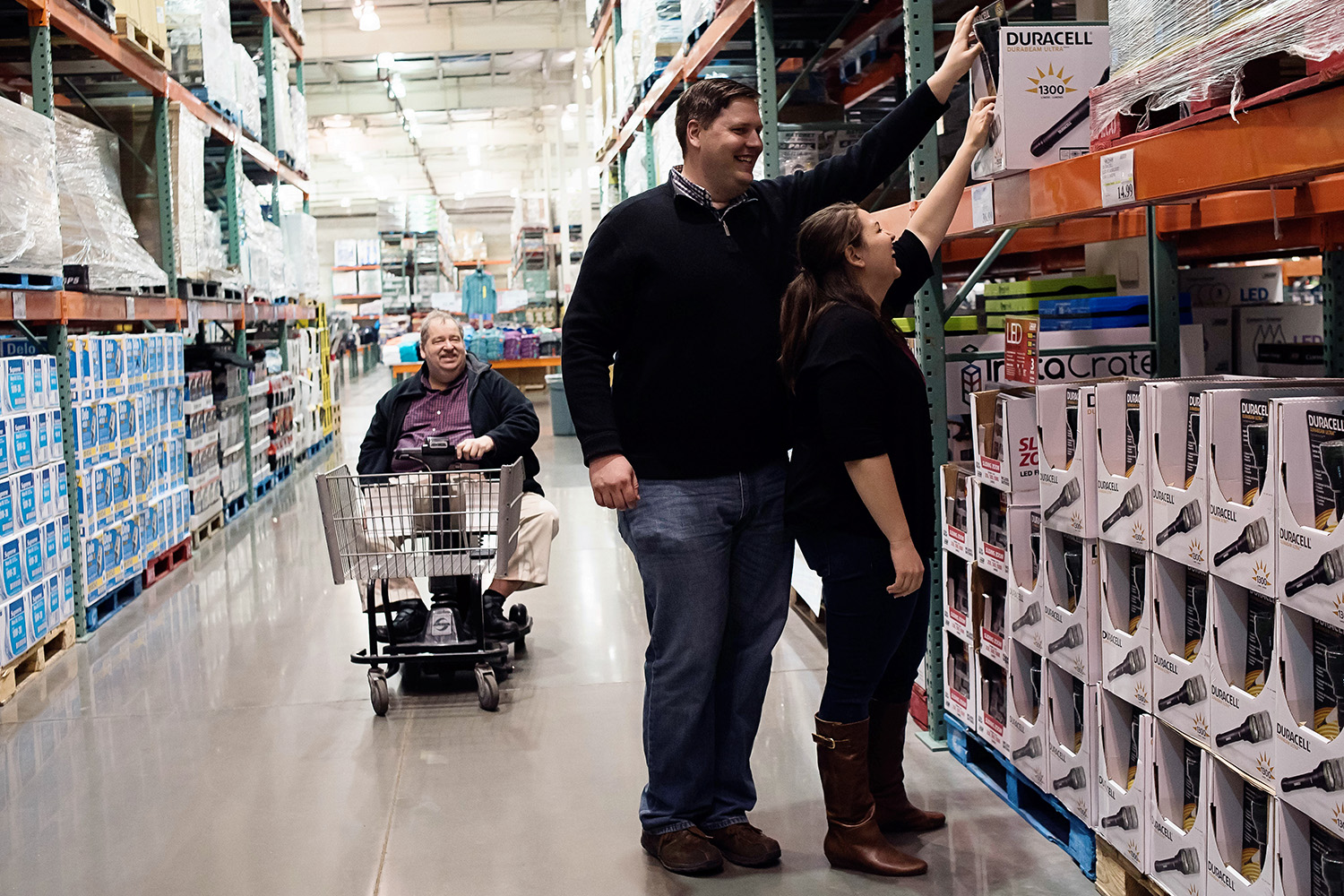 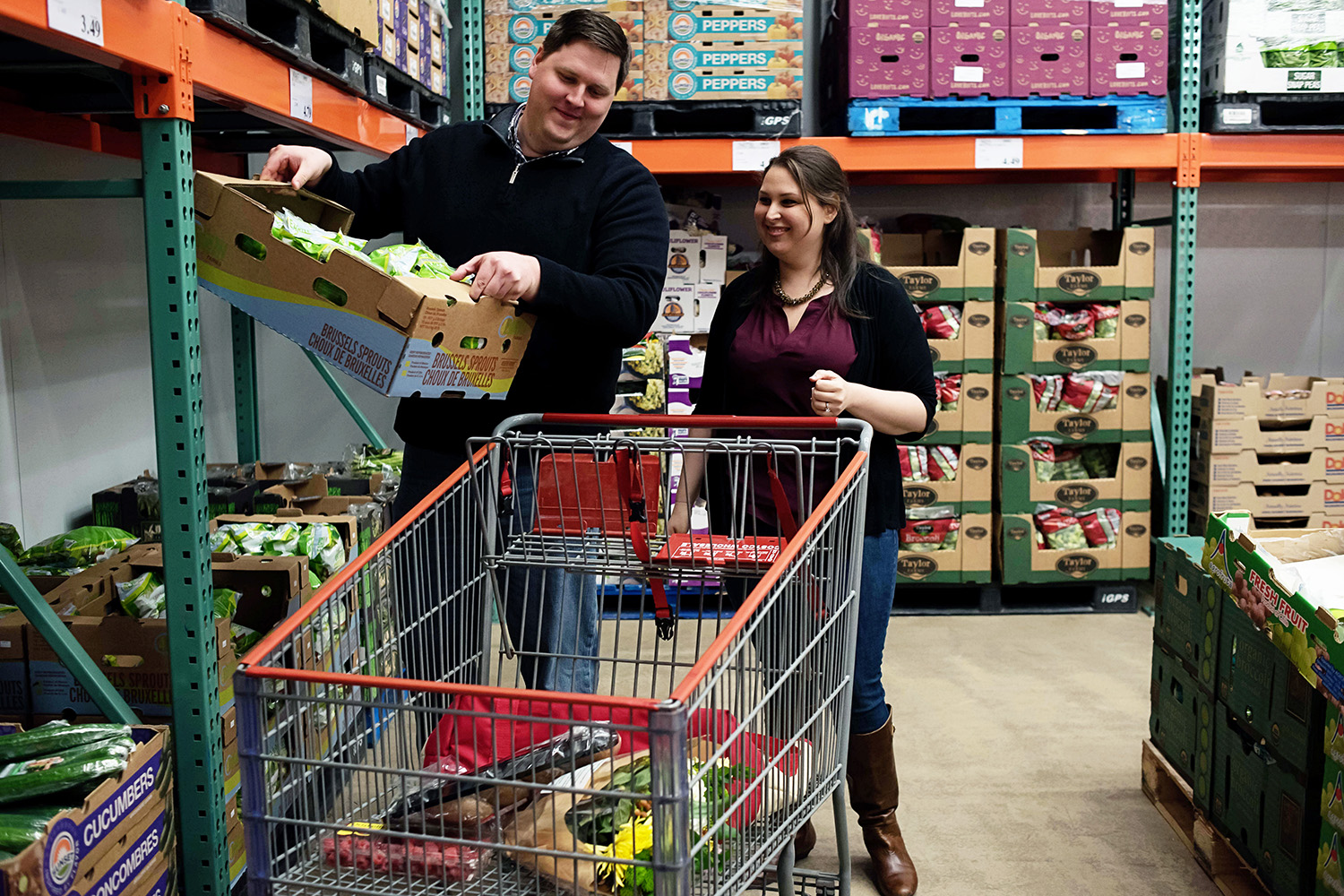 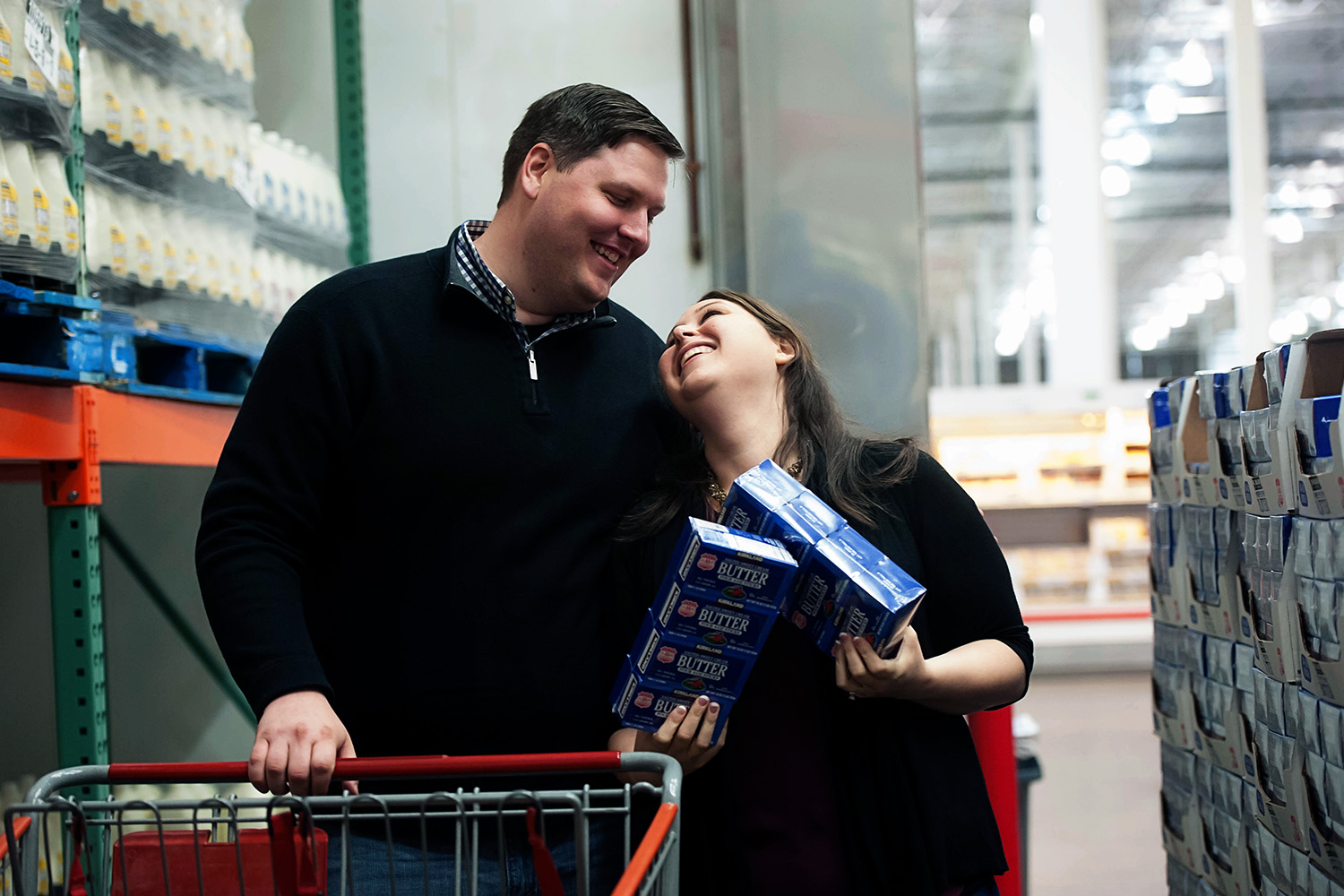 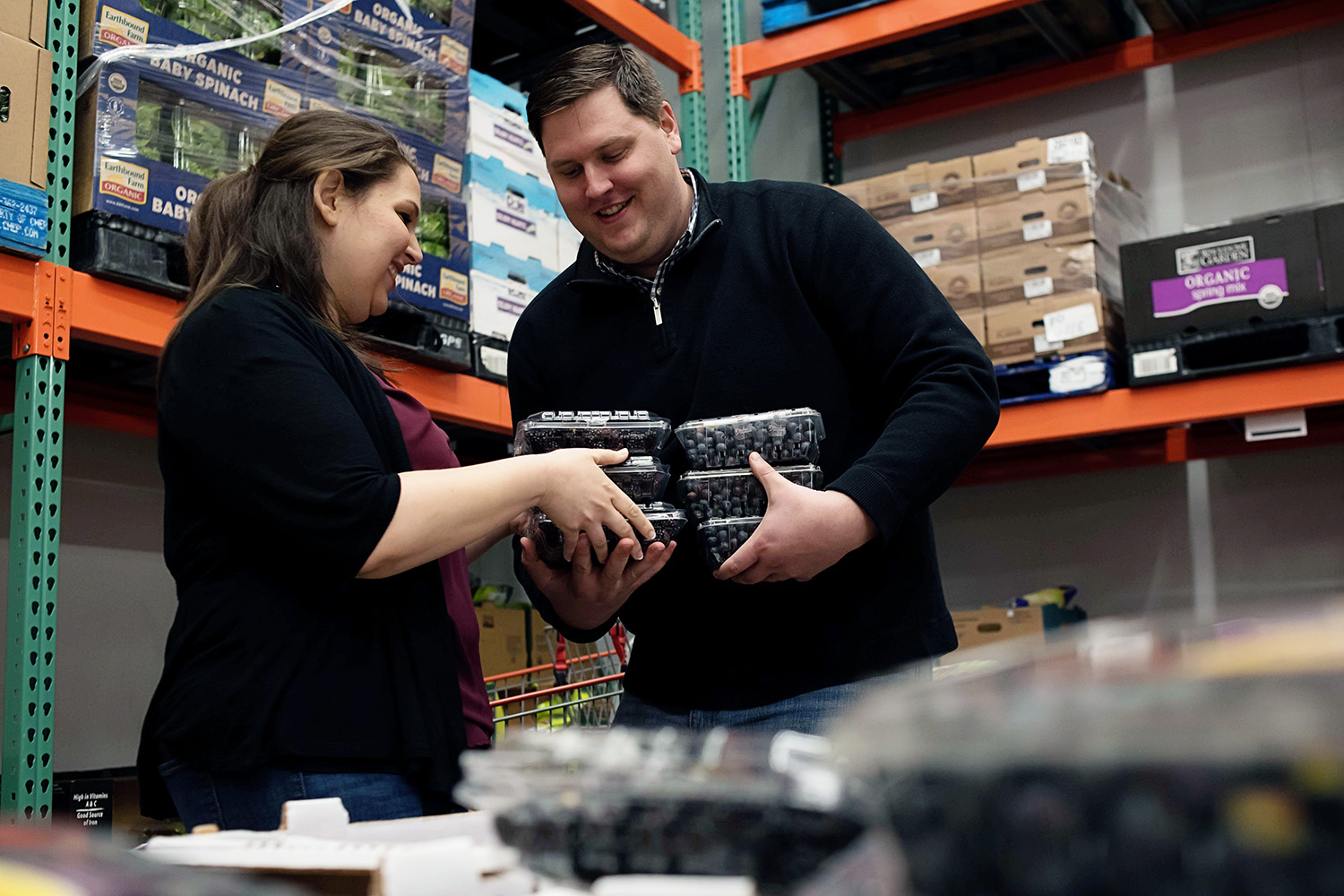 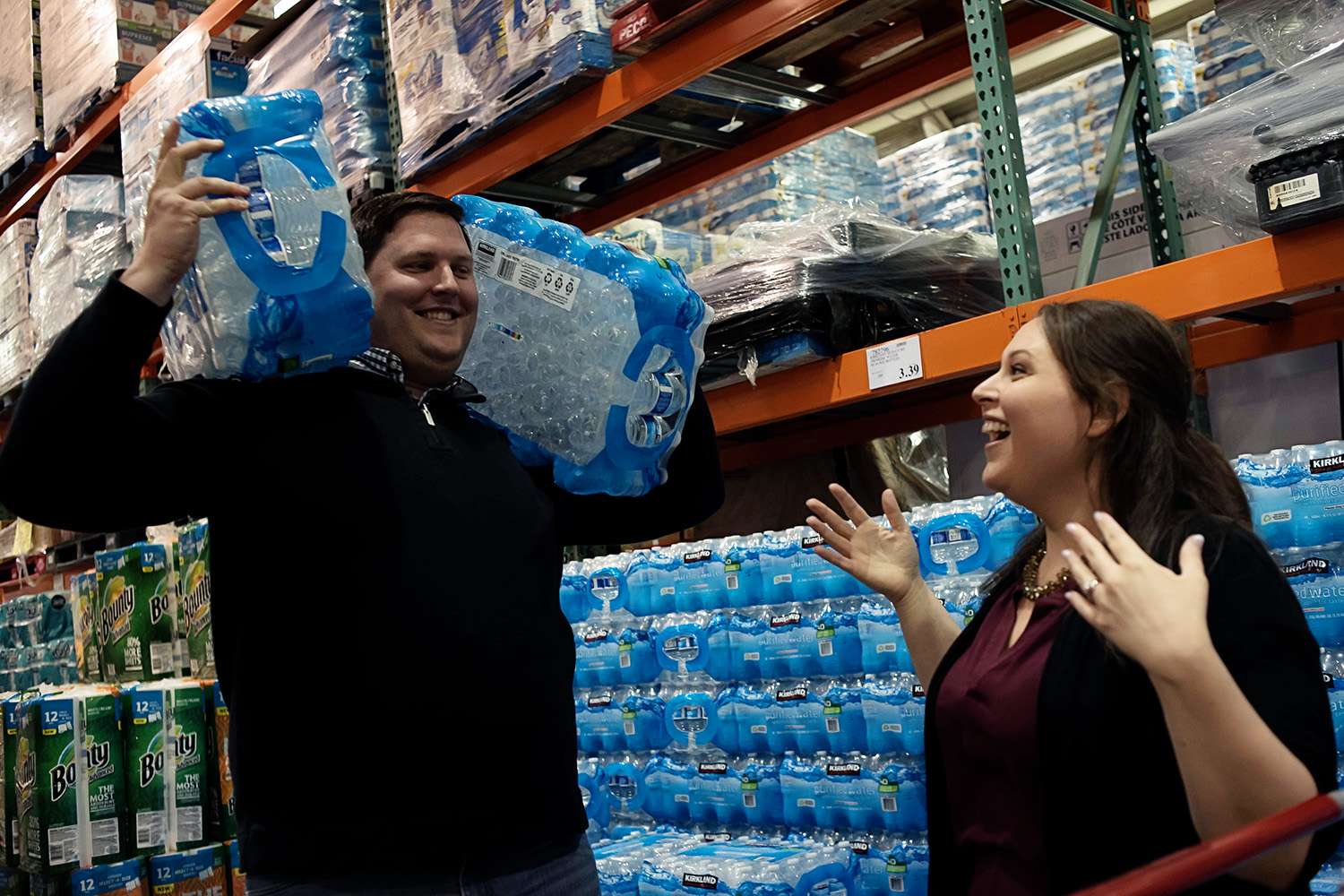 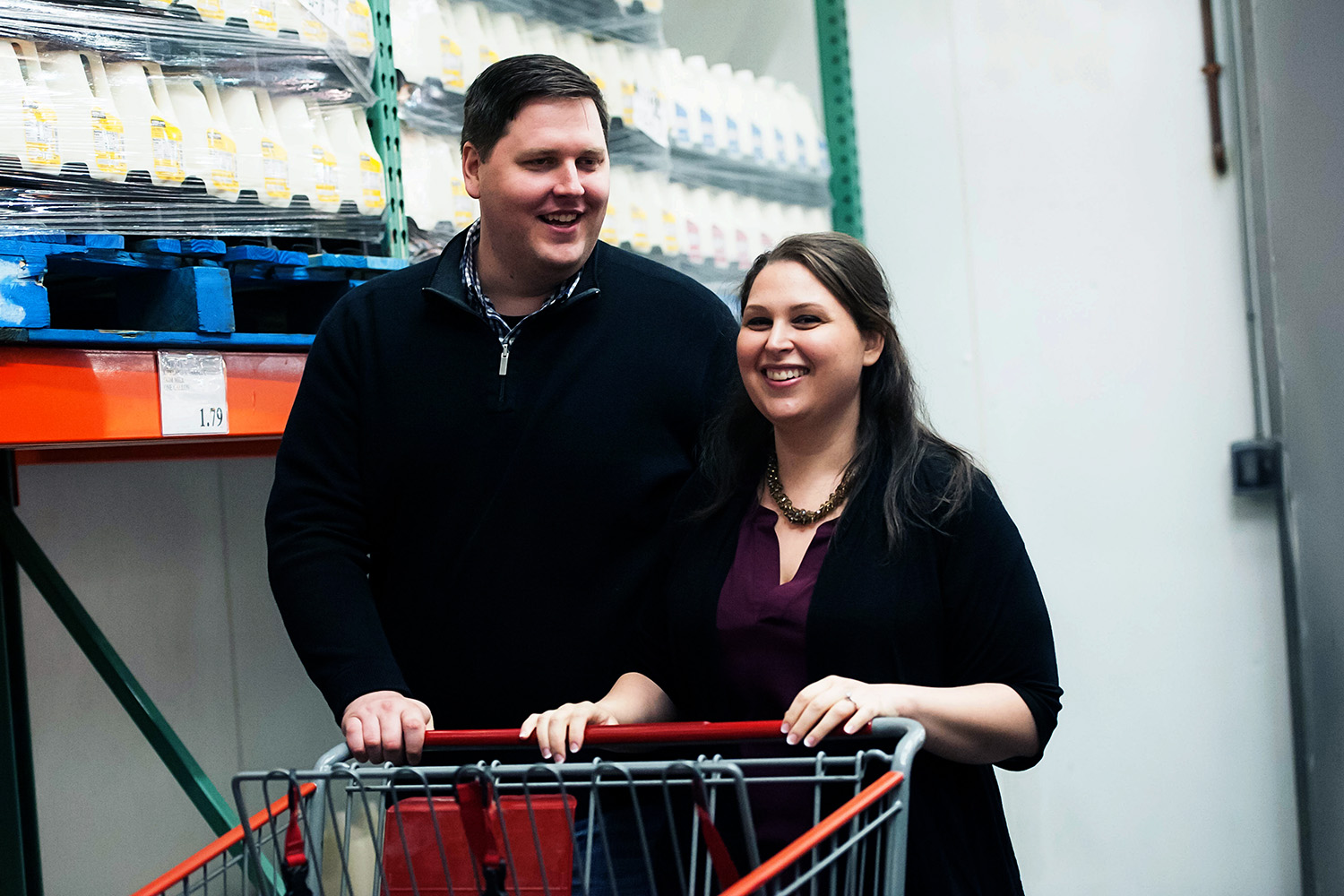 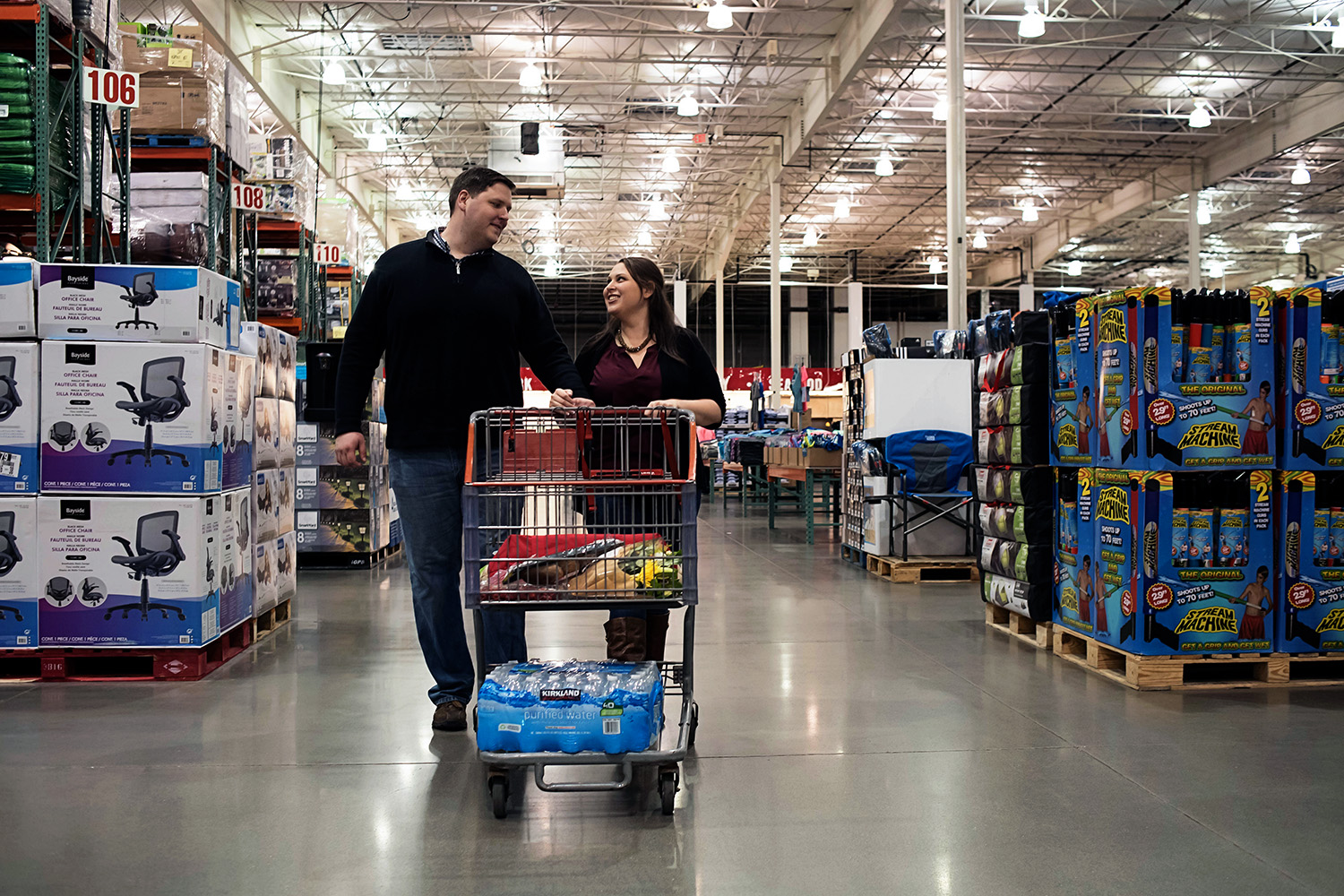 Fast forward to a few weeks later. I put their images into a gallery and then Karinne shared them on Reddit. From there it went viral!  The Reddit post had over 100,000 views and then news agencies started contacting Karinne! Once she gave them my name they started calling and emailing me to use the images and tell the story.  It’s everywhere!  I got messages from reporters in Switzerland, England and one of my friends told me they saw it in Hong Kong. Friends and family called to tell me about  Fox news running the story nationally! I heard from friends in Louisville, Seattle, Omaha, Reno, California telling me that they had seen the story! 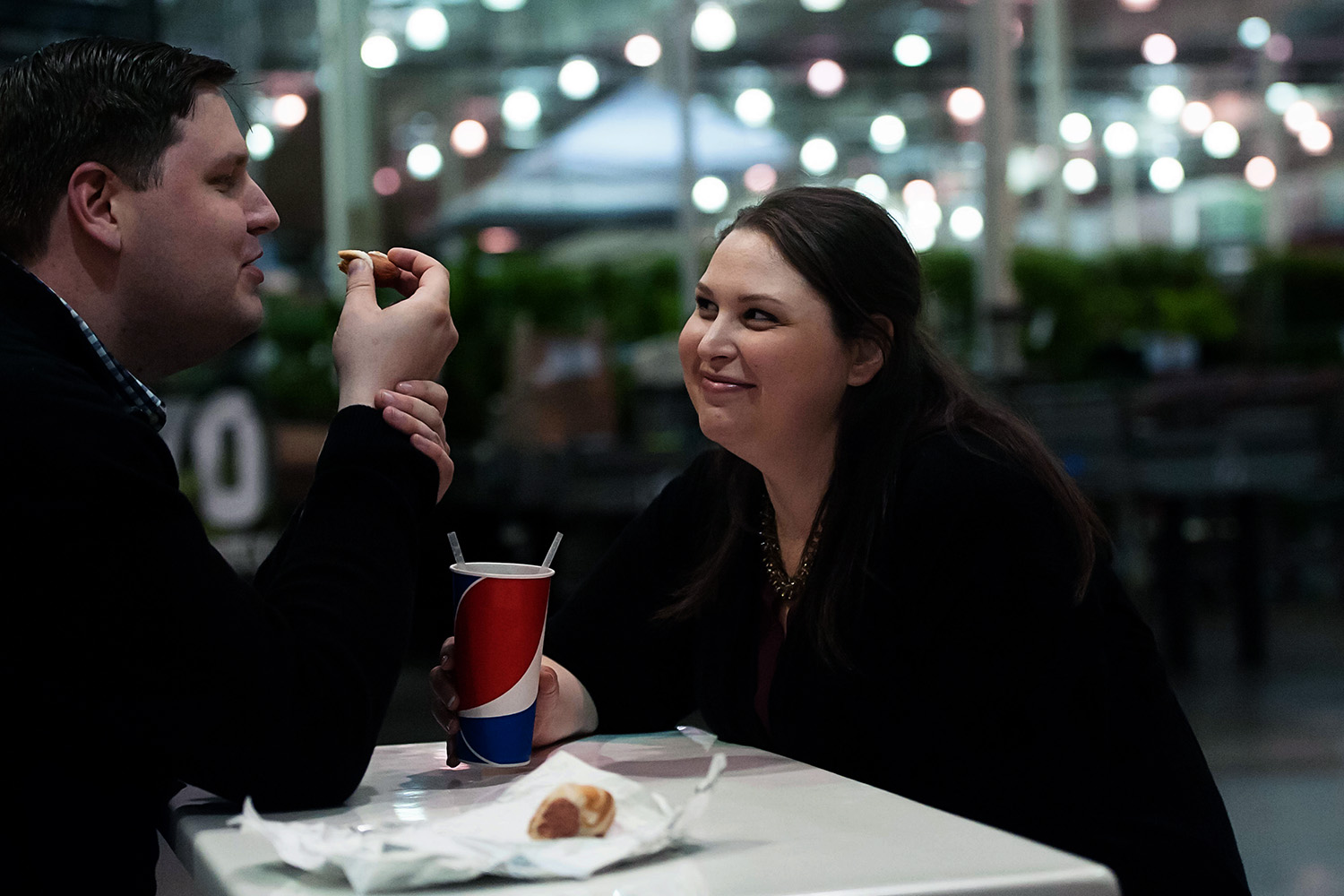 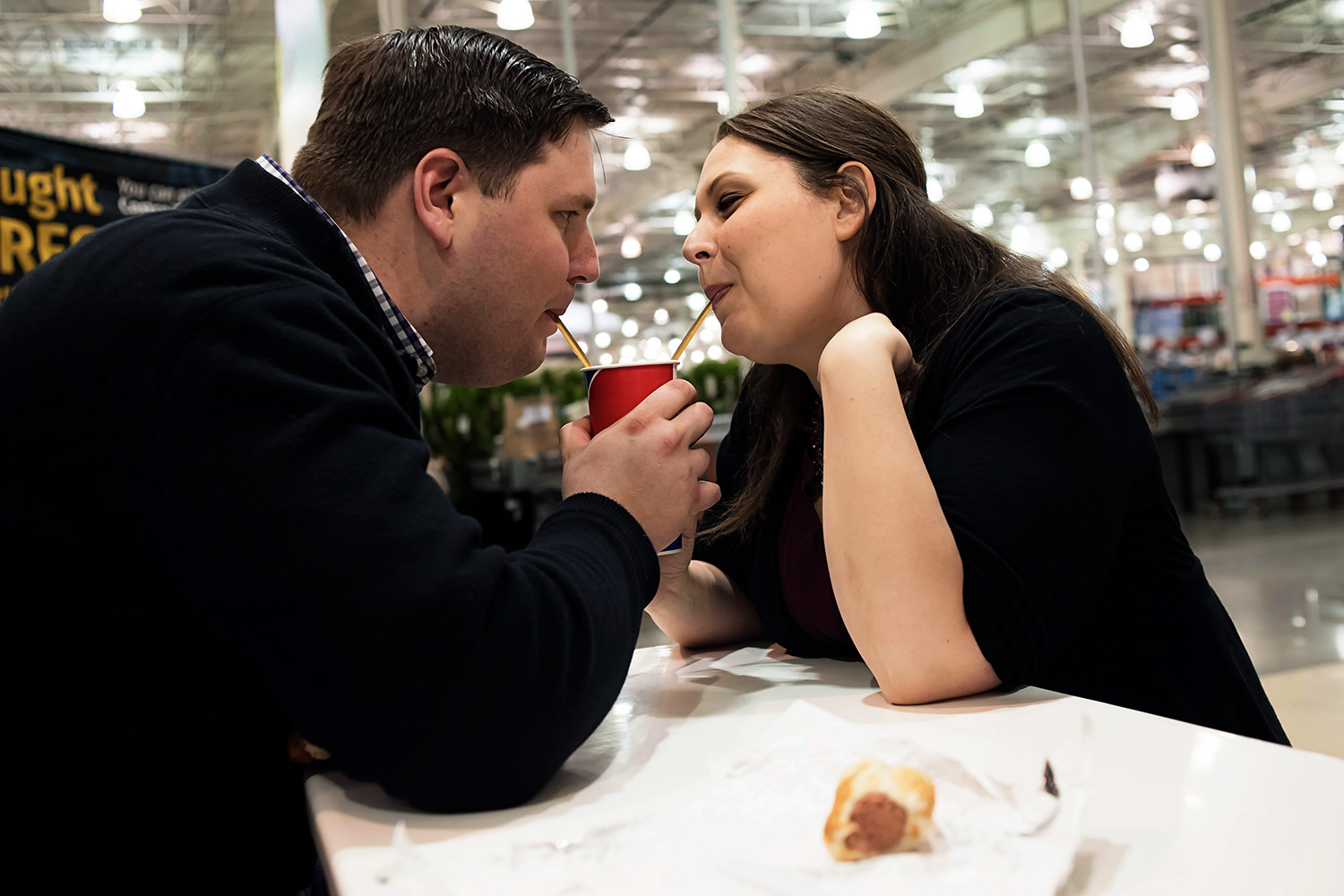 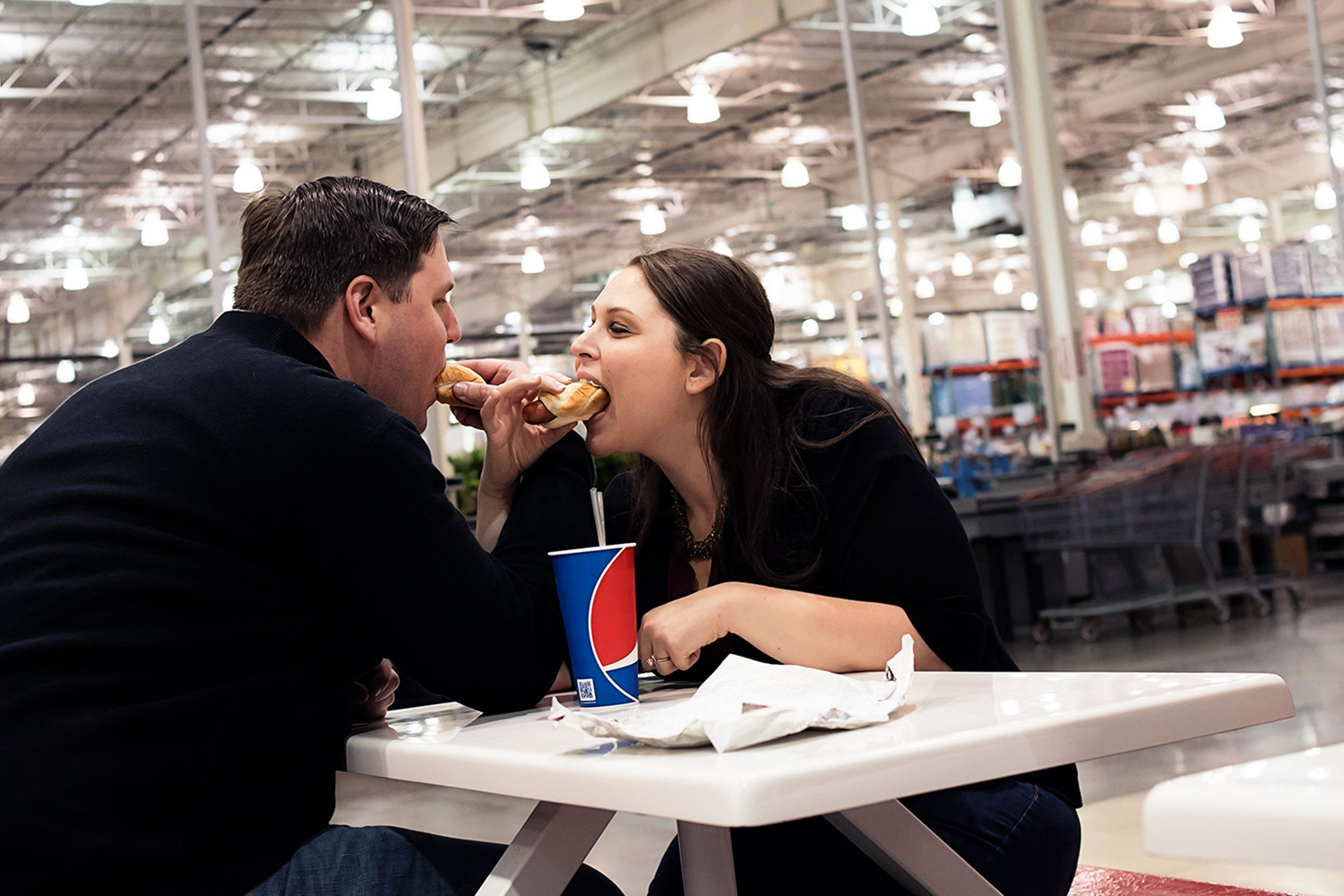 It has been a trip to  have all of the attention. I’ve been asked many times why I think this engagement session went viral and I honestly don’t know. Probably because Costco Engagement photos were something different and people love things that are different! It was silly, satirical, non-traditional and just fun! So we are all enjoying our 15 minutes of fame. 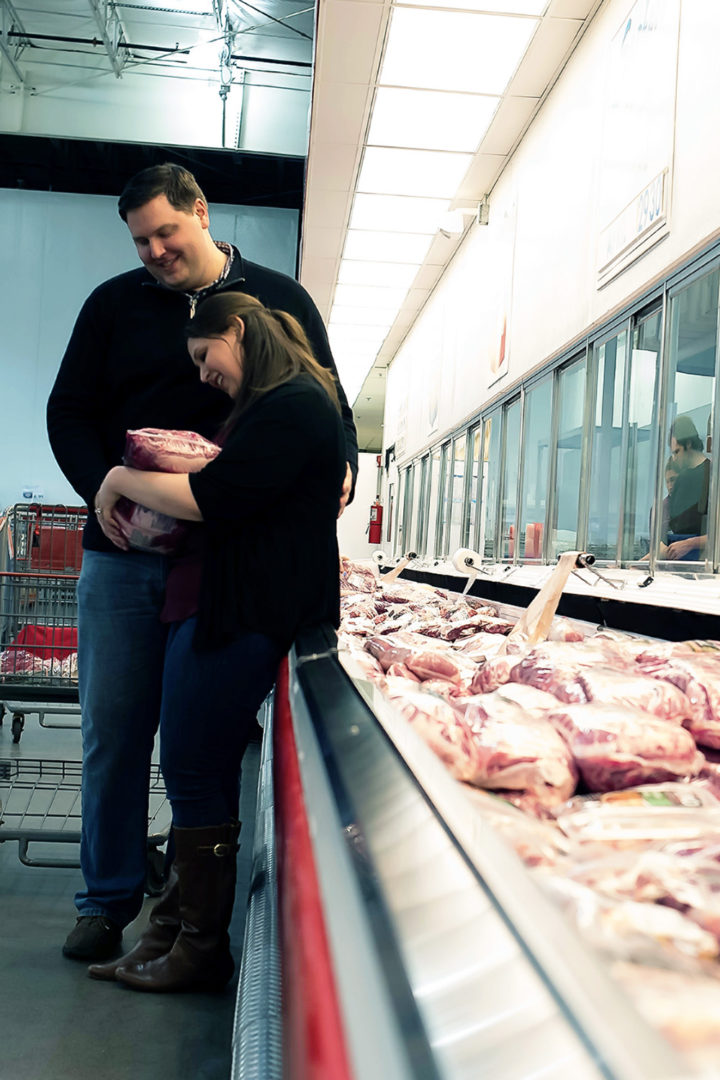 A few publications that featured the session!

I would love to hear about your ideas for your engagement photos! I’m up for just about anything! Let’s chat! 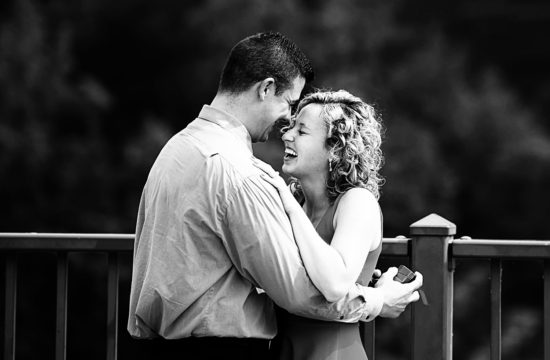 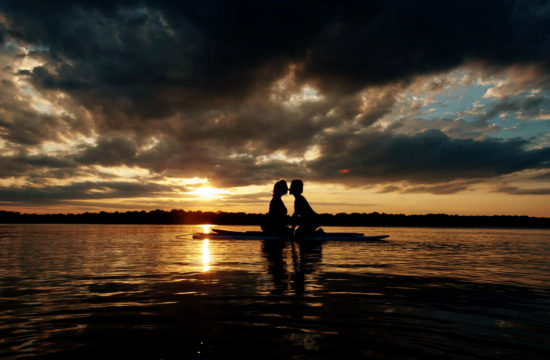